Chris Perry on the challenge for brand publishers 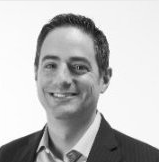 Chris Perry, the global chief digital officer at PR agency Weber Shandwick, has said that it is difficult for brands as content creators to compete in the entertainment space over the long term, and often it is better for brands to be useful than entertaining.

“Ultimately, brands have got to give people what they want,” he said. “But it’s hard for brands to compete on entertainment values in any sustainable way. Brands can offer value, perspective and information around areas that are credible to the brand, and the company behind the brand.”

Perry was asked what he thought of a survey by rival PR firm WE (formerly Waggener Edstrom) that found that, in Asia, the content that consumers most want from brands are discounts and special offers.

“People want discounts. But that’s just one part of the prism,” he said.

Some of his agency’s best programmes produced through content division Mediaco are utility-based, “delivered in ways that relate to how people find, consume and co-create content,” Perry said.

PR agencies have the upperhand over media and creative agencies on content marketing because, in Mediaco’s case, they offer a consultative element and have the relationships in place with publishers and social media, Perry added in a phone conversation with Mumbrella.

“We think about content, but also about distribution and more importantly engagement. There’s just too much stuff out there,” he said.

On the subject of “content pollution” – a glut of material on the internet created by brands – Perry said that while there was a lot of stuff vying for people’s attention, content with value can still cut through.

“But if you put out a boilerplate inward-focused corporate message that doesn’t relate to people’s interests it doesn’t work,” he said.

“Many brands have had the ability to package their stories and push them out, broadcasting their way into people’s living rooms. But it’s much more complex now. You have to build an engaging environment.”

“There will be undoubtedly content pollution out there. But work that still has value behind it has viability,” he said.

This article first appeared on Mumbrella Asia as “Weber Shandwick digital chief on brands as publishers: better to be useful than entertaining.”