The agency was named Asia Pacific Network of the Year, due in part to a record growth rate, and the fully integrated communications approach that drives business results for our clients.

As well as the top regional accolade, Weber Shandwick teams in China, Australia and Singapore received a number of trophies including:

Tim Sutton, chairman, Asia Pacific, was also named PR Agency Head of the Year, recognising the incredible leadership he has provided the region.

You can check out the complete list of PRWeek Awards Asia winners here. 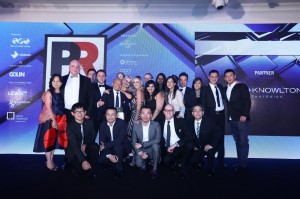